Tim Klein has been around music his whole life, starting to play guitar at the age of 8 and developed a love for blues and jazz along with the love music theory.

Having played in various bands over the last 16 performing an eclectic array of music including jazz, blues, hiphop, pop, country, electronica, rock and funk, Tim also enjoys composing  and recording his own works as well as being a session guitarist for other artists.

Tim  has been teaching privately for 15 years and gets most enjoyment out of music when he can pass his knowledge and love for guitar onto the next generation of musicians. 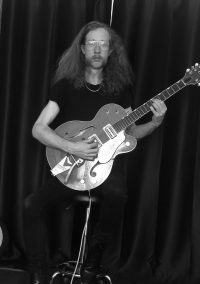